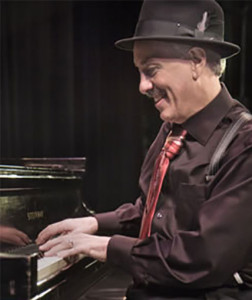 Scott is an internationally known, composer, pianist and recording artist. He was up front when New Age was just beginning over 30 years ago. He was one of the first Windham Hill Artists to join with founder Will Ackerman and Alex Degrassi, in their new label out of Palo Alto, California. Scott signed onto the label the same day as Michael Hedges and they both joined George Winston who was just new to the label himself. In those early days, Scott toured with his label mates as they forged the way for the many artists that would follow in that genre.

Scott would affectionately call his music Heavy Mental or Cosmic National Geographic, even though he was one of the grandfathers of the New Age scene; he was labeled a “jazz luminary of the future”, by Billboard Magazine. Much of Scott’s work exhibits departures from the New Age field and includes a melodic blend of jazz, classical and ethnic influences.