RLS Productions’ Concerts on the Campus 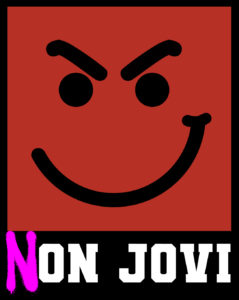 Clint Eastwood with a guitar…

Non Jovi’s band members come from the Seattle and LA areas and are dedicated to recreating the classics of Runaway, Livin on a Prayer and Wanted Dead or Alive to the newer material like Have a Nice Day and Who Says You Can’t Go Home. Blaze of Glory will transport you back to relive memories from the past and create new ones.